I absolutely adore the music that Austin Wintory puts out. He’s best known for creating the soundtrack for the video game Journey, but the song I’m looking at today is from another video game, Abzu. 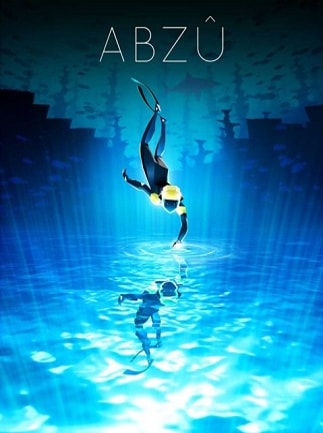 I played the video game a few years ago and that’s how I discovered Wintory. After all this time, the soundtrack still brings goosebumps in ways that other music couldn’t do the first time I heard it. According to Spotify, Wintory was my most listened to Artist of 2017 and will most definitely be again in 2018. His unique style of ambient, but not understated, strings and vocals are finessed in such a way that it’s as if an invisible conductor is taking my hand through the movements of the art, giving me the most relaxing and serene of musical adventures.

The song opens with percussion creating a vibe that you never knew you needed. It begins with this warm feeling that always seems to make me exhale as if the weight of the world had been lifted from me and given back to Atlas. After a fifteen second percussion section, a woodwind solo begins. I say woodwind because I genuinely can’t even tell what instrument is playing; it’s like this flawless, soothing sound of a flute, but with the reedy sound that you’d get from a clarinet or oboe. Instead of taking the guess, I just listen and enjoy it. After it’s short time in the spotlight, it’s replaced by a choir which sings and lets the sopranos and altos which come in with a low hum and then evolve to a fully developed and impossibly finessed sound. As this happens, the percussion and all other instruments slowly fade out without you even noticing because the other, lower parts of the choir take center stage to add depth.

By the time you realize that the instruments are gone, they come back in with this subtle build to the climax. That’s when the chills start. It’s like someone chewed an entire pack of mint gum and blew cold air on my neck. The vocals have this angelic beauty that is somehow lifted even higher by the basic but fully-developed instruments that creep back in. Then, the second that it should end, the song does, leaving you with a longing for the discovery on this mysterious, magnificent planet.

The song is completely innovative throughout its short 1:58 play time. It never repeats itself, because even if he wanted it to restate the theme, it’s done by another member of the orchestra and it’s like they are constantly trying to outdo each other, but the only winner is the listener. This song is an absolute masterpiece. I can imagine Austin Wintory sitting down to write this and just bawling his eyes out, letting the true beauty of nature captivate him in a way that most people don’t understand anymore. It’s like he’s trying to illustrate that the beauty of the world doesn’t have to be scary and that the sense of wonder should overpower any sense of confusion, anxiety and depression that stems from a lack of direction or understanding of one’s true purpose. If you asked him “why we exist on this planet and what our role is in the betterment of all things,” I bet he would say something like “who cares. You’re here and you’re you, and that’s good enough.”